. DXing is the hobby of receiving and identifying distant radio or television signals, or making two-way radio contact with distant stations in amateur radio, citizens’ band radio or other two-way radio communications. Many DXers also attempt to obtain written verifications of reception or contact, sometimes referred to as “QSLs” or “veries”. The name of the hobby comes from DX, telegraphic shorthand for “distance” or “distant”.[1] 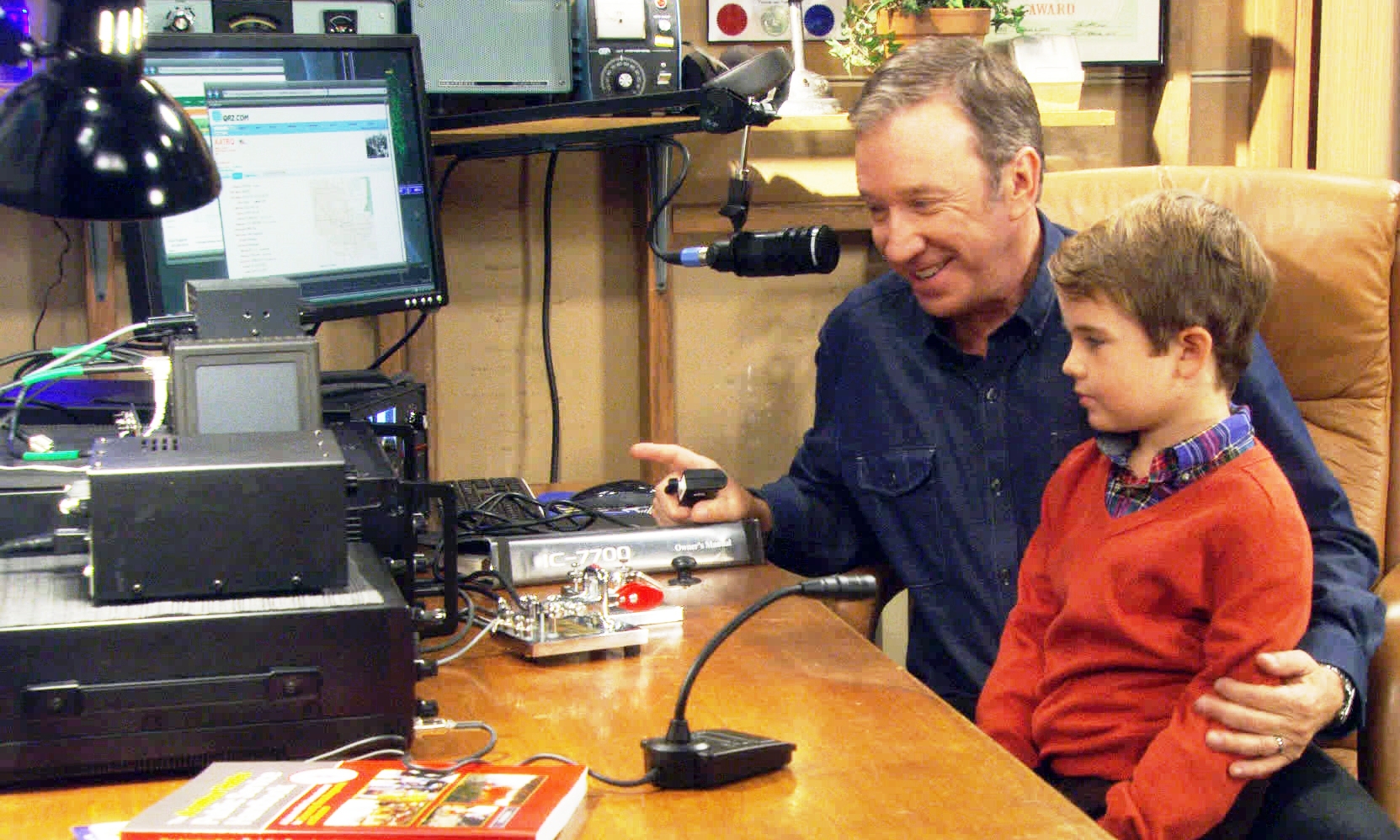 The practice of DXing arose during the early days of radio broadcasting. Listeners would mail “reception reports” to radio broadcasting stations in hopes of getting a written acknowledgement or a QSL card that served to officially verify they had heard a distant station. Collecting these cards became popular with radio listeners in the 1920s and 1930s, and reception reports were often used by early broadcasters to gauge the effectiveness of their transmissions. Although international shortwave broadcasts are on the decline, DXing remains popular among dedicated shortwave listeners. The pursuit of two-way contact between distant amateur radio operators is also a significant activity within the amateur radio hobby 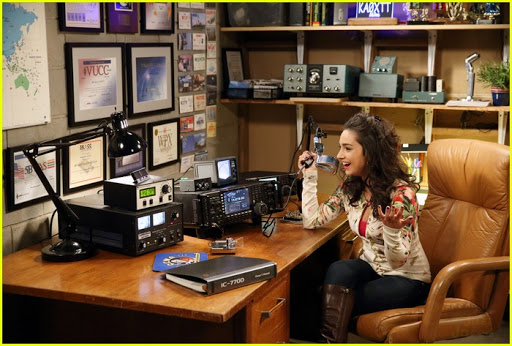 Amateur radio operators who specialize in making two way radio contact with other amateurs in distant countries are also referred to as “DXers”. On the HF (also known as shortwave) amateur bands, DX stations are those in foreign countries. On the VHF/UHF amateur bands, DX stations can be within the same country or continent, since making a long-distance VHF contact, without the help of a satellite, can be very difficult. DXers collect QSL cards as proof of contact and can earn special certificates and awards from amateur radio organizations.[8] 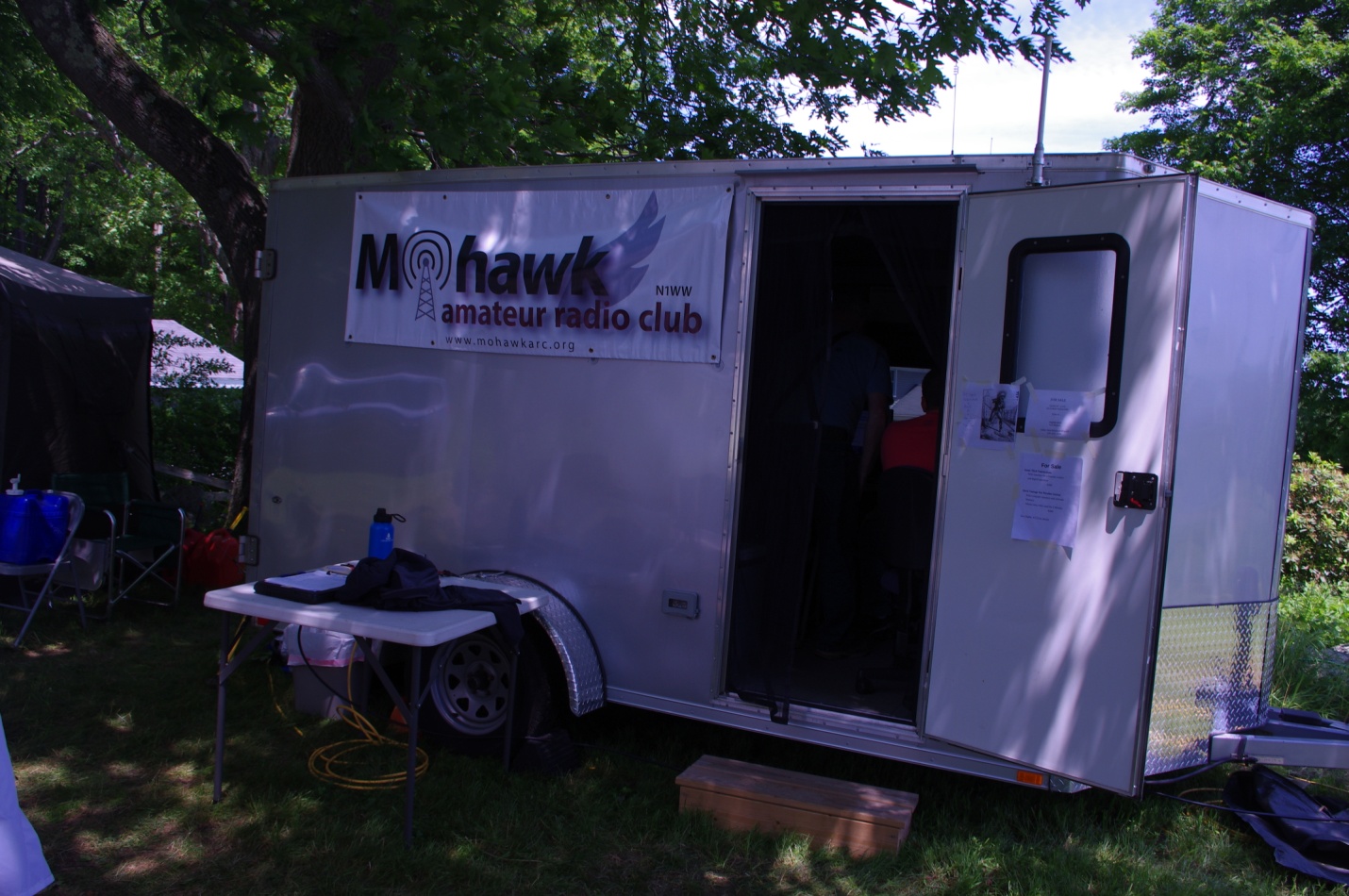 In addition, many clubs offer awards for communicating with a certain number of DX stations. For example, the ARRL offers the DX Century Club award, or DXCC. The basic certificate is awarded for working and confirming at least 100 entities on the ARRL DXCC List.[9] For award purposes, other areas than just political countries can be classified as “DX countries”. For example, the French territory of Reunion Island in the Indian Ocean is counted as a DX country, even though it is a region of France. The rules for determining what is a DX country can be quite complex and to avoid potential confusion, radio amateurs often use the term entity instead of country. In addition to entities, some awards are based on island groups in the world’s oceans. On the VHF/UHF bands, many radio amateurs pursue awards based on Maidenhead grid locators 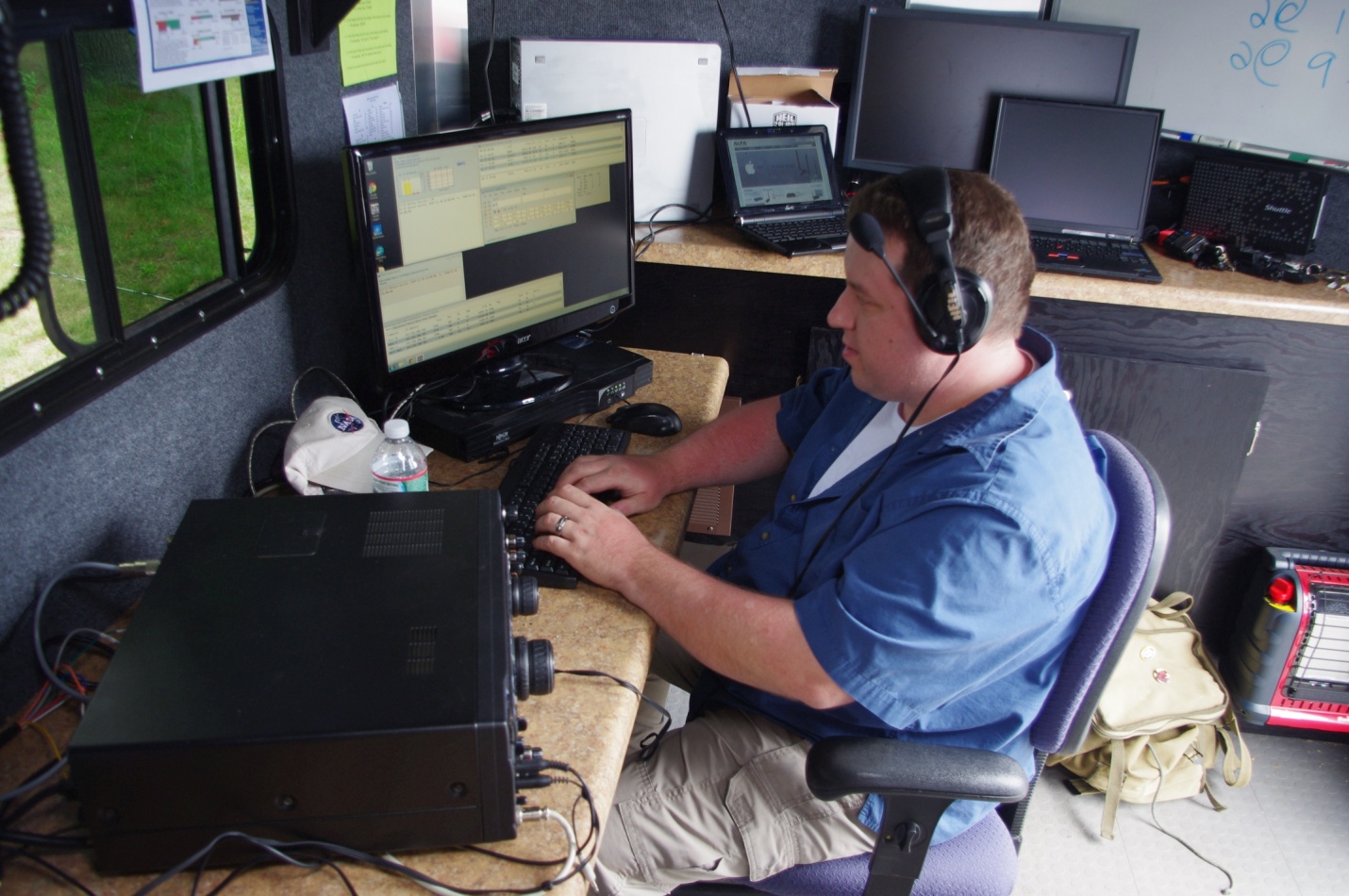 In order to give other amateurs a chance to confirm contacts at new or exotic locations, amateurs have mounted DXpeditions to countries or regions that have no permanent base of amateur radio operators.[8] There are also frequent contests where radio amateurs operate their stations on certain dates for a fixed period of time to try to communicate with as many DX stations as possible. 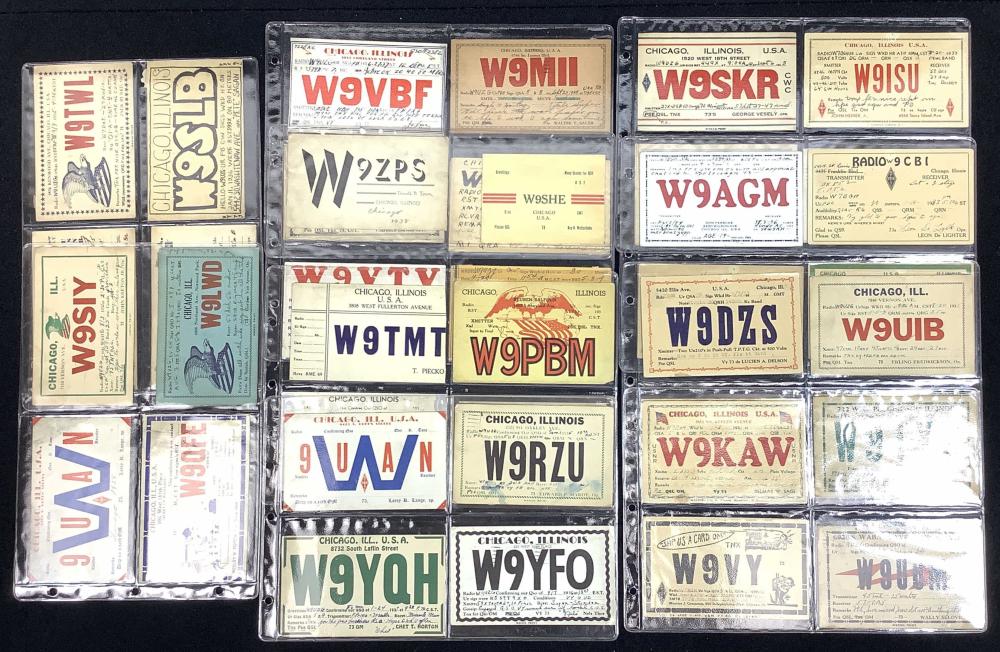 Widely used by many Hams throughout the world paper is sometimes the only way Paper QSL’S  to confirm a contact. However they are several electronic ways of exchanging QSL. The first is ARRL’s Log Book of the World  (LoTW) widely used by hundreds of thousands of Hams around the world. LoTW is good for ARRL sponsored contests, as well now, for several CQ Awards, including the CQWAZ Award.  There are many other contests being sponsored by many other countries and clubs also. They are other electronic QSL tools that you can use eQSL and the Club Log OQRS system. However these won’t count towards the ARRL awards unless you get a QSL card from them. After you get the paper QSL they can be submitted to the ARRL for confirming.  The ARRL also maintains a in incoming  and outgoing QSL bureaus. However this method is slow but much more cost

Below is an example of an LoTW page, where the operator can garner total/status of his/her confirmed LoTW QSO’s via the ARRL supported website pages…. 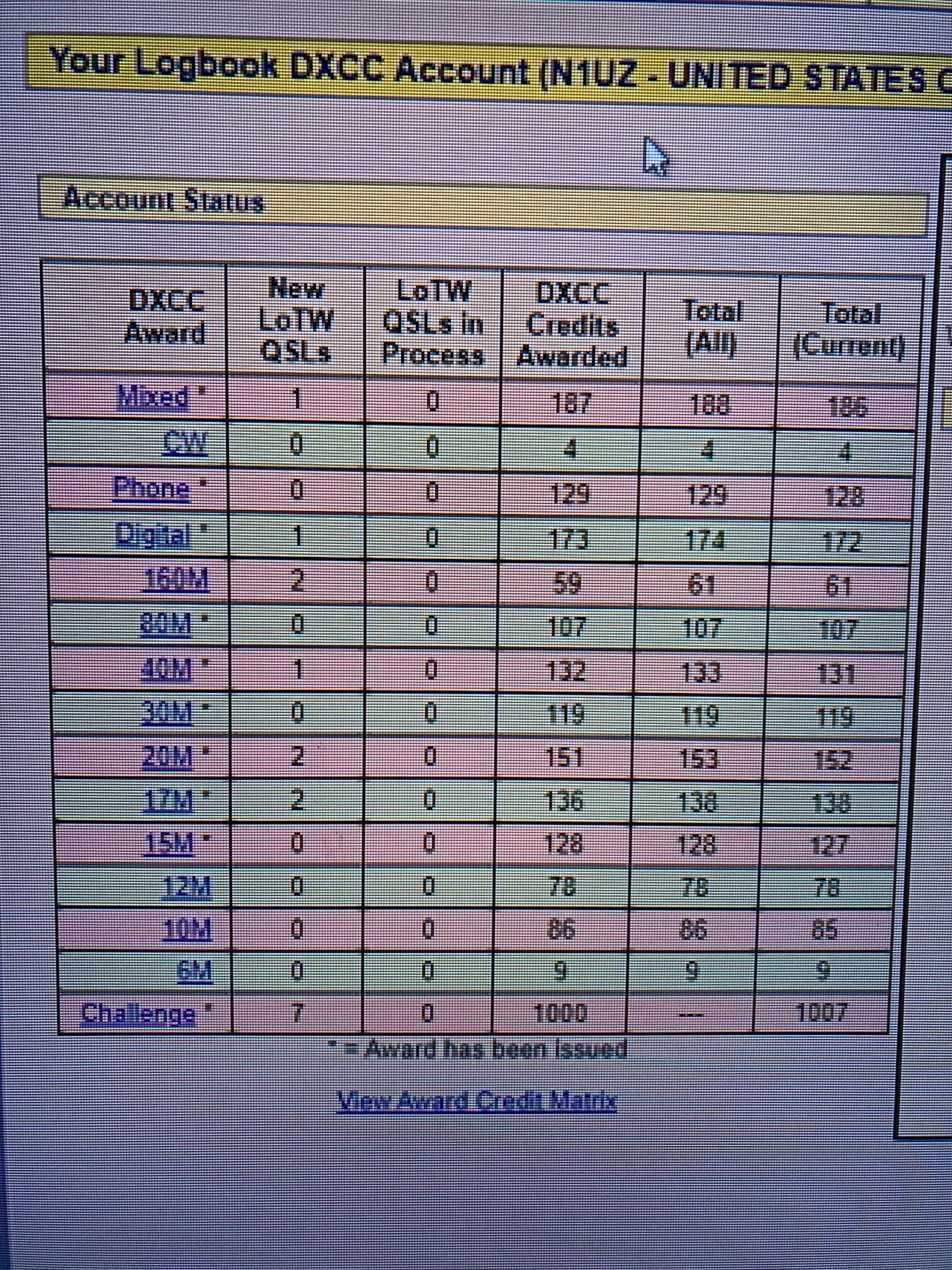