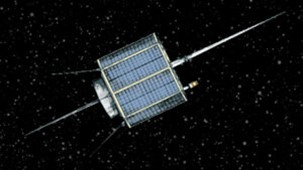 On December 12, 1961, Amateur Radio entered the Space Age when OSCAR-1 was launched. Since then, amateurs from more than 22 different countries have launched over 70 satellites, exploring both digital and analog satellite technology. Many of the latest birds have been school experiments, training scientists and engineers.

However, you don’t need to be a rocket scientist to participate– Some satellites operate FM and can actually be worked using a dual-band handheld transceiver. An excellent place to start is AMSAT’s Station and Operating Hints page. AMSAT, or the Radio Amateur Satellite Corporation, has played a key role in building, launching, and using amateur satellites. Occasionally, Radio Amateurs can talk with the astronauts on the International Space Station.

The Radio Amateur Satellite Corporation, or AMSAT, is a worldwide group of Amateur Radio Operators (Hams). It was formed in the District of Columbia in 1969 as an educational organization.

AMSAT’s goal is to foster Amateur Radio’s participation in space research and communication. The Organization was founded to continue the efforts, begun in 1961, by Project OSCAR, a west coast USA-based group which built and launched the very first Amateur Radio satellite, OSCAR, on December 12, 1961, barely four years after the launch of Russia’s first Sputnik.

Today, the “home-brew” flavor of these early Amateur Radio satellites lives on, as most of the hardware and software now flying on even the most advanced AMSAT satellites is still largely the product of volunteer effort and donated resources. Though we are fond of traditions our designs and technology continue to push the outside of the envelope. 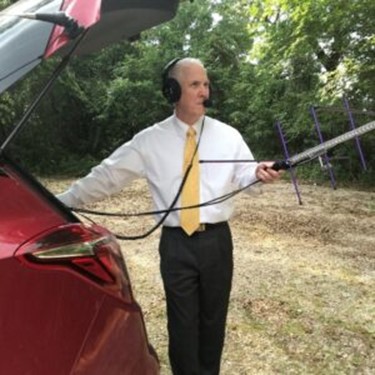 They can make radio contacts during their breaks, pre-sleep time and before and after mealtime. Astronauts have contacted thousands of hams around the world. The work schedules of the ISS crew dictate when they are able to operate the radios.

The crew’s usual waking period is 0730 – 1930 UTC. The most common times to find a crew member making casual periods are about one hour after waking and before sleeping, when they have personal time. They’re usually free most of the weekend, as well. 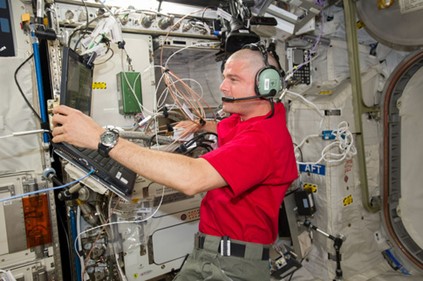 (The current crew work schedule is published on the NASA website.)

The crew can operate the 2-meter packet radio in unattended mode, and hams can make contacts with the ISS station when the crew members are working.  Hams can also communicate with each other using the ISS packet (computer) radio mode, or receive slow scan television mode images. It all depends on what equipment is in service in space.

A typical ground station for contacting the ISS station includes a 2-meter FM transceiver and 25-100 watts of output power. A circularly polarized crossed-Yagi antenna capable of being pointed in both azimuth (North-South-East-West) and elevation (degrees above the horizon) is desirable. But successful contacts have even been made with vertical and ground plane antennas. 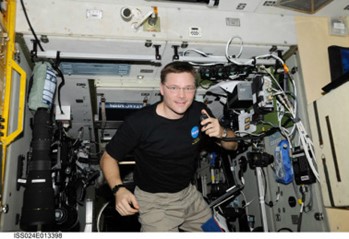 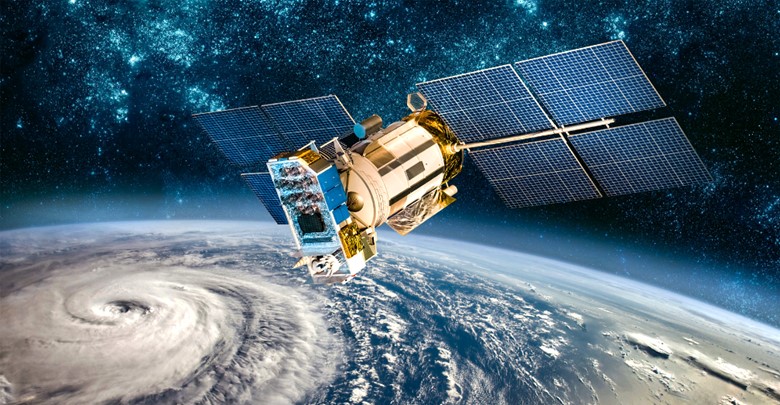 A BEGINERS GUIDE TO HAM RADIO IN SPACE